Omaha Pest Control has years of experience controlling voles in Omaha. For a rodent that is so widespread and capable of doing extensive damage to trees, lawns, gardens in our Omaha, Bellevue and Council Bluffs neighborhoods, it is surprising that the name vole is still relatively unknown. Call Omaha Pest Control, Inc. at (402) 969-7378 (PEST) who is well aware of their habits, trends and successful methods of control.

There are over 150 species of voles. They have even managed to lay the blame for their destructive acts on moles, which do not even eat your plants as voles do! So just what is this sneaky little critter that manages to get away with so much? The voles will make many dead-looking passageways through the grass and destroy the roots and decorative plants surrounding the house. Gophers, Moles, rats, mice and shrew have similar behaviors.

A vole is the relative of the mouse, it has a rounder head with a shorter, hairy tail and smaller eyes and ears, mature voles are roughly 5-7 inches long. The best way to identify them is by their tail length, moles have short tails whereas mice have long tails, nearly half that of their body length. Adults are brown mixed with black, with an underside that is dark grey. They have small black eyes with furry ears. The vole can reproduce often and sometimes have six to ten litters annually with total births being up to 100, getting control of them early is important.Voles, commonly known as meadow mice or field mice rarely live longer than one year and most often live about 3 to 6 months due to predators such as snakes, raccoons, cats, dogs, owls, hawks and coyotes, etc. Voles construct visible tunnels (about 2 inches wide), or “runways” near the soil surface. Voles pathways result from the eating of the grass and roots and continuous traffic back and forth over the same routes.

Differences for Control of Voles and Moles 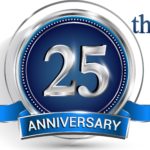 Both of these rodents are a pests that can ruin your yard, here are some characteristics.